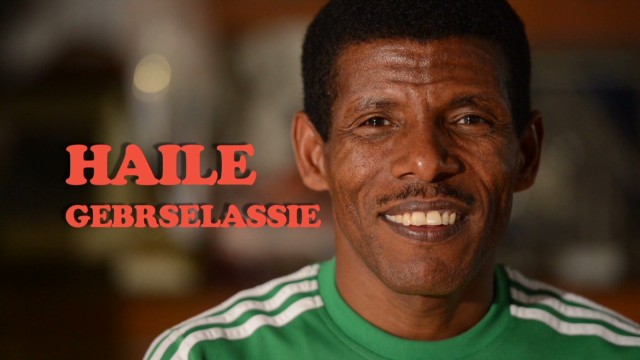 An Inspiration for commitment, discipline and hard work

Starting this week the Ethiojobs team will be having weekly stories of inspirational leaders in our community, continent, and globe to appreciate their life and strive to become our best! As our first guest, we are featuring our very own, the one and only athlete Haile Gebreselassie – get inspired, stay connected. Have a nice read.

Haile Gebrselassie: a man of commitment, discipline and hard work

He is an Olympic and world champion. Winning two Olympic gold medals at 10,000 metres, and four world championships at the same distance.

He has won major titles at all distances from 1500 metres to the marathon. During his career he broke 27 world records and is widely considered one of the greatest distance runners of all time.

Although he is still a keen runner, he has announced plans to enter into politics to help his country, Ethiopia move forward.

Haile was one of ten children growing up on a farm in Arsi Province, Ethiopia. He used to run barefoot 10km to school everyday, carrying his school books. Haile said his first race was a 1,500 m school race. Although he was younger than the other competitors he started off fast and held on to win. This made him (and others) excited at his potential. He then decided to concentrate more on running. As a youngster, his big running hero was fellow Ethiopian Abebe Bikila – who won Olympic gold in 1960.

His big breakthrough on the international scene came in 1992 when he won the Junior world title at 5,000m and 10,000m. The next season, in his first year in the senior ranks, Haile won his first world champion title, taking the 10,000m title in Stuttgart. Haile went on to win four consecutive world titles at this distance – 93, 95, 97 and his final world 10,000 m title in 1999 at Seville.

In 2000, Haile became only the third man (after Emil Zátopek and Lasse Virén) to successfully defend his 10,000 metre title, narrowly beating the great Paul Tergat by a fraction after a blistering last 200 metres. He later said this along with his 5,000 record was one of his career highlights.

Looking back, what was the highlight of your career? One is Sydney 2000 [where he retained his Olympic 10,000m title in a thrilling race to the line with Kenya’s Paul Tergat], and the 5,000m in Zurich in 1995 [where he broke the world record by an incredible 11 seconds]. That evening was an amazing world record. I was, I can say, really flying that night.”

In 2001, Haile started to step up the distance and won the IAAF half marathon. He completed his first marathon in 2002 at London, where he finished third.

But, Haile was still concentrating on the track and in the 2004 Athens Olympics, he attempted to become the first athlete to win three consecutive gold medals at the 10,000 metres. However, shortly before the Olympic games, he sustained an injury, which prevented him from training. In the final, he came 5th, being eclipsed by compatriot – Kenenisa Bekele.

In 2008, he hoped to win another Olympic medal in Beijing. However, he decided to opt out of the marathon because of fears over air quality. He finished 6th in the 10,000m. He later said he regretted not doing the marathon as the air quality was not as bad as some feared.

Aged 40, Haile was still able to win races. In April 2013, just before his 40th birthday, Haile won the Vienna half marathon in a time of 1 hour one minute.

Asked about he manages to retain the enthusiasm to keep training and racing into his 40th year, Haile replied.

“You know, there is no secret. I am just always very careful when I’m training. All athletes need three things: commitment, discipline and hard work. Without that it’s hard to keep running for a long time.” (Guardian)

Haile has a fairly simple training philosophy. Training hard at a steady pace. He says he only does four hour training runs once or twice a month. He likes to train in Entoto, Addis Ababa because at 3,000m altitude it is perfect for long distance running.

Haile has frequently talked about his aspirations for moving into politics and making a difference to his country. On his twitter account, he said:

“A lot of messages in the news about me going into politics. Yes, I want to be in the parliament in 2015 to help my country to move forward.”