Home Inspiration One of a Handful of African Film makers to Earn International Fame. 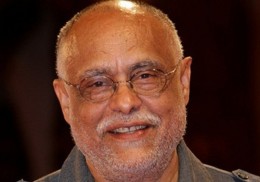 One of a Handful of African Film makers to Earn International Fame.

Born in Gondor, Ethiopia in 1946, Gerima is the fourth child of ten children. His father was a writer and his mother a teacher. As a youth Gerima performed in his father’s theater troupe, which presented original and often historical drama, always submersed in the genuine culture of Ethiopia.   Gerima came to the U.S. in 1967 to study at the Goodman School of Drama. He slowly realized that “with cinema I could control many more things than n the theatre.”

Gerima went on to receive his MFA from UCLA in 1976 and to produce several films. Hour Glass, and Child of Resistance were his first films, Bushmama and Harvest 3,000 Years followed, all produced during his years at UCLA. At UCLA he was an important member of the Los Angeles School of black filmmakers. He is a professor of film at Howard University in Washington, DC since 1975. His best known film is probably Sankofa (1993), a film about slavery.

Gerima founded Mypheduh Films (MFI) Distribution Company in 1982. MFI distributes Gerima’s films and films by other filmmakers of African descent from around the world. As an independent filmmaker, and approaching film making this way Gerima believes that he can maintain the content of his films, without having to follow the “formula” dictated by “Hollywood films.” So far the audience response to his work affirms the necessity for films that freely express our own stories that have been “economically censored” from the screen. After completing Harvest, Gerima produced Wilmington 10 – USA 10,000, Ashes and Embers, After Winter: Sterling Brown, SANKOFA, Through the Door of No Return (Co-producer and editor), Imperfect Journey, and Adwa – An African Victory. He is currently working on 1) Adwa Part II – The Children of Adwa.

He is also working on The Maroons Film project, this film will investigate the existence of free territories during slavery run and controlled by people who had escaped slavery. Sankofa Video and Bookstore was opened in 1996 in order to combat the refusal of chain video stores to carry the work of Gerima and other Black filmmakers. The store attempts to make such films available to a broader public while at the same time demonstrating that movies can and should be held to the same high standards as good literature. Gerima teaches film and Howard University and is a father of five children.